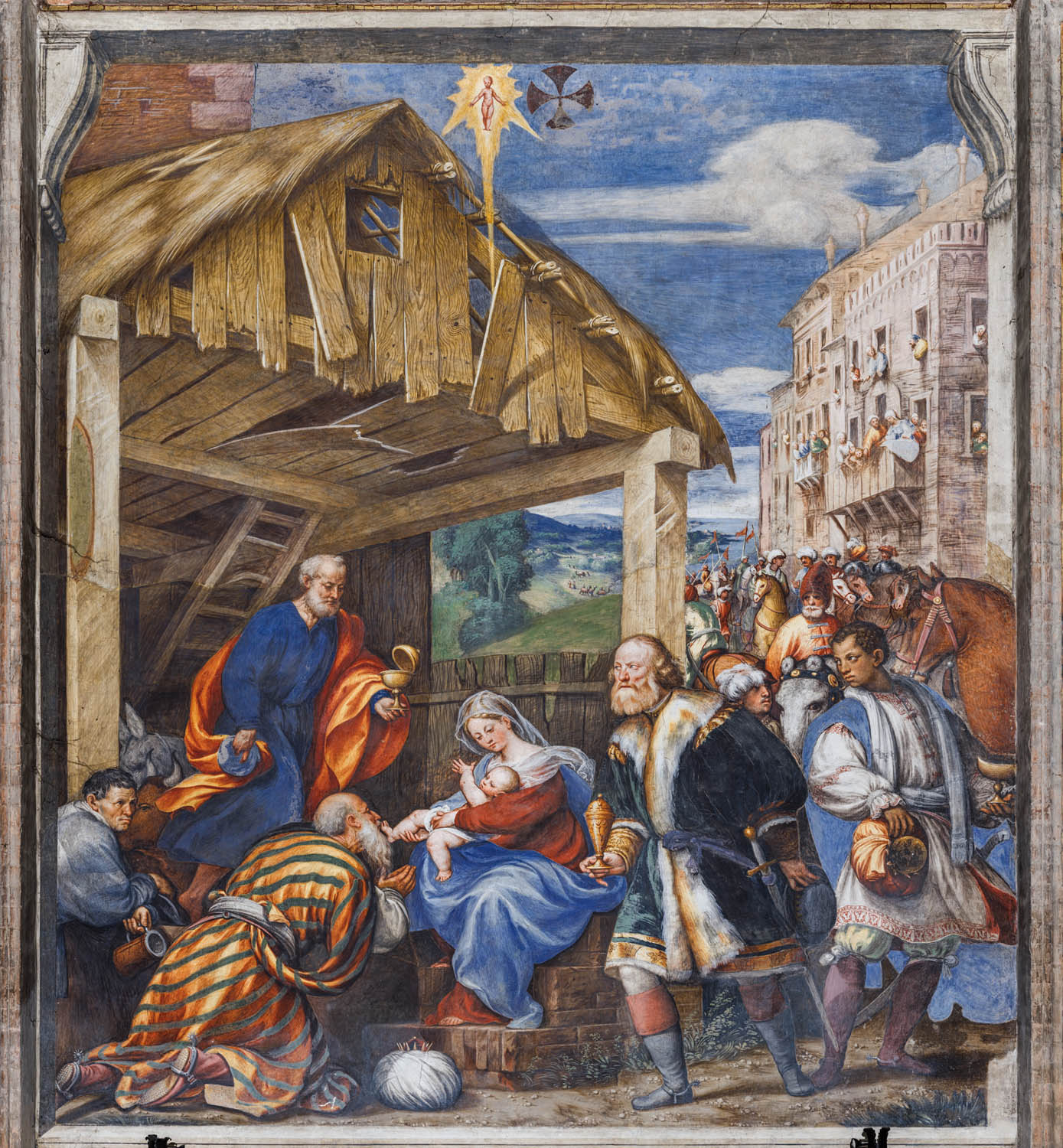 The chapel was commissioned by Pietro Antonio Rollieri, one of the first rettori in 1521. The Assunta is depicted in the lantern. The decorative program of the frescoes on the walls is centered on episodes of the infancy of Christ according to the Gospels (The Adoration of the Wise men and the two lunettes depicting the Adoration of the Shepherds and the Flight into Egypt), to which it is added the Nativity of the Virgin.